​Eyal Lichtmann, the chief executive officer of the Regional Animal Protection Society, brings to his role a lifetime of innovation and visionary leadership. 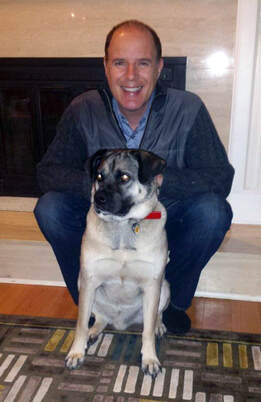 ​Eyal’s career has seen him create and strengthen a succession of businesses, social enterprises and nonprofit organizations. His recipe for success is combining the business sense of the corporate world (“the head”) with the mission-driven compassion of the not-for-profit sector (“the heart”) for holistic, people-centred achievement.

Eyal cofounded a communications, marketing and public relations firm that specialized in sponsorship marketing targeting Fortune 500 companies. He raised millions of dollars in corporate sponsorships and oversaw programs on a national scale, notably Chinese New Year Festivals in Vancouver and Toronto, which were recognized nationally and won top industry awards.

He then resurrected a moribund, 50-year-old youth-serving nonprofit organization and propelled it to unprecedented expansion and exponential growth, repeatedly multiplying the budget, expanding engagement, growing the organization’s presence with new facilities and raising $10 million for a major capital project at the University of British Columbia. In the process, Eyal received the highest honour from the 500-chapter international governing body of the organization.

Eyal then assembled a team of experts who, together with staff and powerhouse advisers and directors, revolutionized crowdfunding and etail to transform a Millennial-focused crowdfunding platform into a software as a service (SaaS) model so that millions of users worldwide can customize their own gamified crowdfunding sites.

Returning to a lifelong commitment to animal welfare, Eyal became CEO of RAPS in 2015 and immediately began streamlining and professionalizing the 20-year-old, volunteer-based organization. Within just a few years, and with a team of outstanding advisors, staff and supporters, RAPS has become one of Canada’s largest and most innovative animal-serving organizations. Eyal massively increased corporate and community partnerships to leverage the organization’s impacts, turned it from a local agency to a province-wide leader in animal rescue and opened the state-of-the-art, community-owned RAPS Animal Hospital. The hospital, which is home to Canada’s only veterinary hyperbaric oxygen therapy facility among other innovations, is foundational to the “RAPS Model” of sustainable, no-kill animal welfare – a model that will be codified and shared to empower animals and the people who care for them everywhere, reflecting RAPS’ certainty that where an animal lives should not determine whether an animal lives.

In addition to his professional achievements, Eyal is a deeply involved husband and father of three, a community volunteer who serves on nonprofit boards and is a mentor to aspiring leaders in a range of fields.
Site powered by Weebly. Managed by IDEXX Laboratories